The US economy increased by 3.7 percent for the months of April to June than the previous financial quarter. This is due to stabilization of the markets and increase in spending in consumer products. This increase of 3.7 percent comes as a surprise as the previous percent of increase predicted by financial experts was quite low. 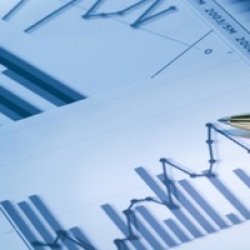 It is a sharp increase to the measly growth of 0.6 percent made during the last quarter of January to March due to a harsh winter preceding that. Economists are cautious about this growth but still remain hopeful that the economy is getting back on track. Other analysts believe that a drop is to occur in the coming months due to the slowdown of the Chinese economy the second largest economy in the world.

China has suffered serious slowdown of its growing economy in the recent months. China has devalued its currency and taken other drastic measures to stabilize the economy. So analysts are cautious that the next quarter could be a bit slow due to the lack of foreign exchange from China which is the second largest economy in the world.